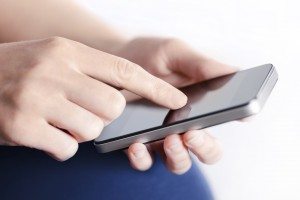 I talk a lot about taking paid surveys from home and putting your computer to work for you, but many of the newer surveys I have been seeing are mobile-friendly.  Imagine pulling out your phone or tablet, taking a survey, and earning $10 while in line at the DMV, or while eating lunch at work.  This is now very possible with this new breed of surveys.

In the past, most surveys were not formatted to fit on the mobile screen and were very difficult to navigate.  Some included Adobe Flash for video and sound which doesn’t work on Apple devices.  Overall, taking surveys on the go was a bad experience.

But many of the new surveys I have received invitations to specifically say “mobile ready.”  These surveys have been formatted to be easily viewed on any size screen, and use HTML 5 instead of Flash for multimedia.  The net result is that you now have the ability to earn money no matter where you are.

With one less limitation, it is easier than ever to make some extra money participating in online paid surveys.  To get started, check out my guide to the top survey providers.

Disclosure: This page may contain affiliate links, meaning that if you click on one of the links and follow the instructions for registration, we may receive a commission (at no additional cost to you). All opinions are our own and we do not accept payments for positive reviews.

So, Here are your starting guide. Read the guides below to get started with Online Surveys.

We are very committed in providing you the best of survey companies on the planet that will help you to earn and offer a chance to post your opinion. But you know what else is even more important? Truthful Reviews. We here on SurveyInn reviews different companies in compliance with our SOP that will have no match in terms of quality.

We'll show you everything you need to know to get started your online career. Whether you are based in any country of the globe, SurveyInn finds the best match for your needs.

SurveyInn will discover which companies are best in terms of payments, opportunities for your locality .

If you're serious about making small fortune online, then the SurveyInn is the way to go.